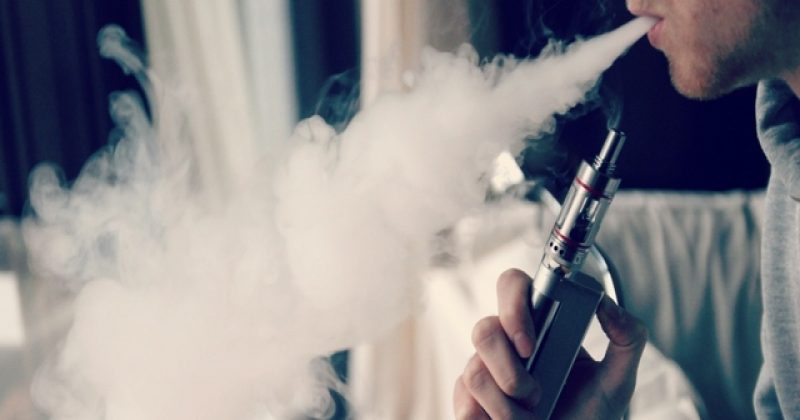 Comments Off on The Crafty, Creative Side of E-Cigarettes

Every era has had its substance of choice, something that helped define that place in time in the pop cultural imagination forever afterward. Think of the 1920s, and you can’t help but thinking of the bootleg liquor that made fortunes for everyone from Al Capone to the Kennedy Family while looming large in the literature of the Fitzgeralds and Hemingways of the day. Think back to the 1960s, and it’s all about the Rolling Stones and Beatles leading the British Invasion while the likes of Bob Dylan and Jimi Hendrix defined the American rock scene – and all the marijuana they did too. Today, for an increasing amount of creative types, vape and e-cigarettes are the substance du jour. They’re something that’s affordable enough to be consumed regularly, offbeat enough to retain an air of uniqueness, accessible enough to be easy to get, and exclusive enough to retain a sense of there being something special about it.

For all those reasons and more, more and more Sydney-ites are looking to explore the world of vape. If you are indeed looking for the best e-cigarette in Sydney, this quick guide can help get you started.

First, it’s worth asking – just why is vape starting to take off in the way it is, anyway? We’ve already said that it’s favoured by some of the unique, artistic, and hipster types out there, but why is that? Simply put, vape has come to define itself in opposition to Big Tobacco and the monolithic cigarette industry. While cigarette companies may claim that there are different flavours to cigarettes, the fact remains that the basic cigarette looks and feels much the same just about anywhere in the world. What’s more, being mass produced doesn’t make them at all special – if anything, they’re a symbol of mass consumer culture. By contrast, e-cig fluids are often crafted by small, independent makers, often by hand. If you like to support small businesses and the creative crafting process, vape and e-cigarettes are the way to go.

What’s more, e-cigs themselves are highly customisable. A basic starter kit comes with everything you need, from the standard e-cigarette casing to the charger to the case in which to keep both parts. From those humble building blocks, however, there’s a lot to explore. For example, you can purchase different, sometimes hand-crafted casings to customise the exterior of your e-cigarette. Are you tired of the factory look and feel of regular cigarettes? Customised e-cigarettes can be a welcome creative remedy. What’s more, there is some circumstantial evidence to suggest that vaping may be safer to a certain extent than traditional tobacco usage. In addition, an e-cigarette is, of course, not the one-shot deal that a regular cigarettes is. On the contrary, these are made to last, with sturdy metal casings that are built to stand the test of time and chargers that can recharge your e-cig again and again.

If you enjoy more artistically-crafted substances and a style of living, e-cigarettes may well suit the hipster in you.